When Your Spouse Cheats

For newlyweds, infidelity is a deal breaker. They would never stay with a spouse who cheated. But then time goes by, one partner strays and the decision isn’t so clear. You’ve made an investment in your marriage. Should you throw away all your history because of this one mistake?

In fact, most people do decide to stay in their marriages after infidelity. Especially if the partner who strayed is remorseful and willing to change. But it’s not an easy decision either way. And either way, there is a lot of work both partners have to do if they’re ever going to overcome this breach of trust. 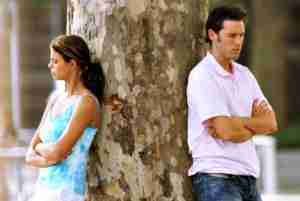 It’s not the cheating, it’s the lying. That’s what a lot of aggrieved partners say. You feel betrayed, and for good reason. You suddenly realize all the times your partner has lied to you. All the excuses she made. All the ruined dinners she missed. Separate email accounts, second cell phones—all the conniving and manipulating that went into having a secret life. All the effort to be with someone else. It’s mindboggling, and it hurts.

It’s not the sex, it’s the intimacy. For some, it’s not the fact that he had sex with someone else that’s so troubling. It’s that he was emotionally close to another woman. And he spent that intimate time with someone else, thereby depriving you of that closeness. Taking away from your opportunity to bond. This can feel like a real act of betrayal.

Sometimes it is the sex. When you discover your partner has had sexual contact with another person, you think of all the times you’ve been intimate. How could he do that with someone else? You torture yourself into wondering if sex was better with her instead of you. Worst of all, you realize he has put you at risk for STDs and other medical problems. How could he do that to you?

The thrill is gone. That’s why she needed to pursue someone else—she needed that rush and excitement of a new relationship. But realize, too, the thrill will probably be gone again with the person she’s having an affair with. Because infatuation wears off eventually. And most affairs end. So if you stick it out, wait for it to fade, it’s probable that the affair will die of its own accord.

You’re not alone. Down through time, infidelity has been the subject of countless tragic stories. And yes, you are feeling personally wounded. But know that you’re in a very big club of people who have experienced the same thing. And they have felt as alone and hurt and angry as you. It’s not much consolation, but there are plenty of people out there who can feel empathetic with your situation.

Next week we’ll talk about the hard work of getting over a cheating spouse and what you can do to heal.

Nancy Travers is an Orange County Counseling professional.  If you need safe, effective counseling services, please get in touch.  You can reach her here: https://nancyscounselingcorner.com/contact