When Your In-Laws Criticize How You Parent

it’s never fun to take criticism, but it’s especially difficult when that criticism is about how you raise your children. It’s so personal. So fraught with intense emotion. But in-laws—and let’s face it, we’re mostly talking mother-in-laws—can’t seem to help themselves. Why does your mother-in-law do it?

She suffers from a lack of control. Here is this new bundle whom grandma loves and adores and she has no substantive way to mold and shape this child. Oh, she may knit a blankie. She may babysit. But suddenly, here she is with no control over how this child turns out. She just has to assert her authority.

She has a propensity to worry. She’s worried not because she thinks you’re doing a bad job, but because she can’t help herself. Worry is in her DNA. Her criticism is more of a statement about her than about your parenting inadequacies. She knows she should hold her tongue but she just can’t.

She really is only trying to help. Or at least that’s what she tells herself. But in fact, she has done this raising children thing before and maybe her criticism is constructive. She may actually think it’s a sign of her love for you—that “correcting” you is something she can do because she is so close to you.

She needs to fill an emptiness. Now that her own nest is empty, she may feel like she’s not as useful as she used to be. That her purpose in life has dwindled. Here is a way she can feel more powerful—by “helping” you. So she offers her expert advice to make herself feel more accomplished and included.

When you suffer from too much advice or criticism, it’s useful to think why your mother-in-law may be speaking out. But it still stings to be criticized. So how do you handle it? 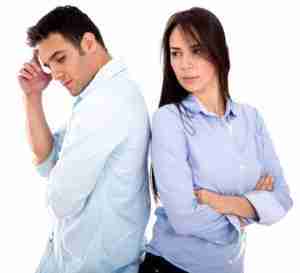 Practice not engaging. Try not taking her criticism to heart, especially if you want to avoid a confrontation. Listen to her criticism as dispassionately as you can and then give her a noncommittal response, such as, “That’s something to think about,” or “I’ll take that under advisement.” And then do as you were going to do anyway. Just avoid obvious disrespectful body language, like rolling your eyes.

Resist being defensive. If your knee-jerk reaction is to feel hurt and defensive, try taking a deep breath to calm down. Remember, you are an adult and you don’t need to defend yourself. You only need to keep communications open with your child’s grandmother. Who, come to think of it, did a pretty good job of raising a great child herself. Maybe she does have something worthwhile to contribute after all.

Talk to her. Calmly and respectfully let her know that you appreciate her wisdom, but you have decided to do things the way you do them for a reason. Explain, gently but firmly, that you know she means well, but you’re on top of this child-rearing thing. She may feel hurt by this, but if her criticism is overwhelming, you may have to assert yourself. It might be the only way to earn some peace.

Get your partner involved. If all else fails, let your spouse know how much his mother’s criticism hurts you. Ask him to speak to her to let her know her “help” is unwelcome. This is not a copout on your part—it simply may be a more powerful message coming from him, and therefore more effective.

Whatever the outcome, remember your in-laws are your family, and even when they irritate you relentlessly, it is worth using diplomacy to keep the peace. Because no matter what they say, you and your spouse make the final decisions about your child.

Nancy Travers is an Orange County Counseling Professional. If you need safe, effective counseling services, please get in touch. You can reach her here: https://nancyscounselingcorner.com/contact