The Devastating Effects of Emotional Abuse 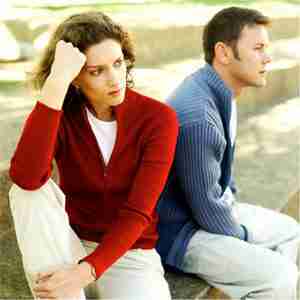 Emotional abuse can be even more damaging than physical abuse, although this is not a contest you ever want to win, let alone participate in. But the point is, physical abuse, while intolerable, is clearly a problem of the perpetrator. When someone hits you, he is in the wrong, not you. And usually physical abuse is followed by a period of remorse—the perpetrator may bring flowers, beg for forgiveness, and try to control his horrible behavior. At least for a while, and then the cycle begins again.

While physical abuse leaves signs—a black eye, a bruise or even broken bones, emotional abuse leaves no overt evidence. It’s more subtle, and can erode one’s personality, one’s self-esteem, one’s entire way of life. It takes place slowly and surely, like a dripping faucet. Sometimes the victim blames herself for provoking the abuse, or minimizes it, grateful that at least it isn’t physical. But in fact, emotional abuse can be devastating. Often the victim doesn’t realize it’s going on until serious damage has been done.

Who is affected by emotional abuse?

First of all, emotional abuse takes place in all social strata, all religions, all ethnic groups, rich or poor. A well brought-up young woman may be surprised to be on the receiving end of an abusive relationship. How could such a thing happen to her? Especially when she thought her partner loved her. In fact, he was very loving for a long time and didn’t begin his abuse until well into the relationship.

At first she ignored or repressed his behavior. A snide remark, a mean joke at her expense. Every relationship has its ups and downs. But the intimidating and denigrating continued to the point where it began to undermine her well-being. Who can blame her for not want to believe what was happening to her? She made repeated attempts to get the relationship back to where it was before. She tried harder and harder to return to the times when he treated her lovingly, because after all, she depended on his love.

Emotional abusers must have their own way, regardless of outcome. The have a deep psychological need to have power and control over their partner. Usually they believe the world owes them something, and that everyone, especially their victim, should give them what they want. Ironically, they often have low self-esteem and think that if they can control others, they’ll feel better about themselves.

Narcissistic Personality Disorder—these people have an unwarranted sense of entitlement and exploit other people by controlling behavior. They lack empathy and are envious and arrogant.

Antisocial Personality Disorder—these people have absolutely no respect the rights of others or the rules of society. They have no remorse about lying to you and getting you to do what they want.

Borderline Personality Disorder—these people are unstable and moody. They have trouble controlling their impulses. They’re afraid of abandonment and often feel angry and paranoid.

All of the above are candidates for being emotionally abusive. And while they do set out to hurt their victims, they often blame the victim for their abuse. “If she would do what I tell her in the first place, I wouldn’t have to treat her that way.” In other words, she made him do it. Or, “He knows he shouldn’t provoke me when I’m in that kind of mood.” It’s never the perpetrator’s fault, or so s/he says.

Next week we’ll talk more about the effects of emotional abuse.