The Story of Passive-Aggressive Harvey and Paige

Harvey’s Childhood: Harvey grew up in a family where children were considered a nuisance. Harvey’s mother insisted that children should be seen but not heard. Emotionally, she ruled the roost, and everyone, including Harvey’s father, walked on eggshells lest she get mad. The family mantra was, “Don’t tell mother.” Nobody wanted to incur her famous wrath. As a result, Harvey grew up tamping down his feelings. He learned that getting angry was a bad thing—so he never showed it overtly.

Harvey as an Adult: Harvey found ways to express his anger without ever raising his voice. He created roadblocks so others could not get things done. He was ambiguous about everything he said and did, thus putting others off-balance. He punished those he loved by being late, or forgetting important things, or procrastinating. He never engaged in conflict or competition—and nothing was ever his fault.

And all that behavior was done unconsciously. Harvey was clueless that he was acting in a passive-aggressive way. After all, he learned how to behave in his family, growing up. It’s all he knew.

Harvey’s Partner, Paige: One day Paige expressed dismay that Harvey always packed the fridge to the hilt. Since he couldn’t confront her with words, it was his way to exert power in the relationship. He was able to control what they ate, and control Paige. She wanted to have room to refrigerate the groceries she chose, and she said so to Harvey. He said he was only trying to be helpful. What kind of food would she like? Ice cream?

Of course Harvey knew she liked ice cream, but he cleaned out the freezer, leaving her some space. She was delighted. She would now able to go to the butcher and stock up on the specials because she had freezer room. But the very next day Harvey went out and bought five containers of ice cream and packed the freezer again. She couldn’t be mad—could she?—because Harvey bought her favorite kinds. 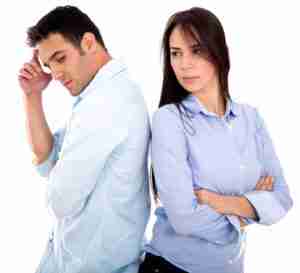 How Paige Copes: The fridge incident is just one example of the back and forth roller-coaster relationship Paige has with Harvey. She has learned how to deal with Harvey by:

Ultimately, Paige was able to get Harvey to seek help through therapy. It wasn’t easy, because Harvey wasn’t upset by his behavior. But he was upset that he upset Paige, whom he cared about, so he did it for her. In the end, they both benefited from Harvey’s therapy.

Nancy Travers is an Orange County Counseling professional. If you need safe, effective counseling services, please get in touch. You can reach her here: nancyscounselingcorner.com/contact-us.