If you’ve been abused by a sibling, you were involved in the most common but least reported abuse. Sibling abuse happens more often than spouse or child abuse combined, and the effects can continue to manifest themselves into adulthood. Maybe your older brother exploited your weakness or dependence because you were younger. And maybe, if you’re a girl, your bother sexually abused you. Sisters can also abuse sisters and younger sibs can abuse older ones.

No one wants to admit any of this, and the rest of the family often copes through denial. Or maybe they think it’s fairly innocent sibling rivalry. After all, it’s ‘normal’ for kids to fight. But when parents ignore the child that’s being picked on, it’s a double whammy. First, that child has to endure sibling abuse and then they have to suffer the fact that parents won’t protect them. 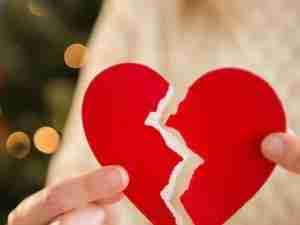 Abuse is more than just sibling rivalry. The normal squabbles, lack of sharing, competition for parental attention are instigated by both siblings. Abuse is different. It’s when one sibling dominates another in a repeated pattern of bullying and domination. The abuser wants to establish power over his sibling, often by inciting fear. When there is a consistent pattern of emotional, physical, or sexual abuse, it can cause lifelong damage.

Emotional Abuse is so common you may have experienced it yourself—name-calling, teasing, shaming, taunting by your sister or brother. They may do it just for fun or maybe to manipulate you. Or maybe they use threats or lies or bribes to get the upper hand in your relationship. There are all sorts of emotional tricks kids can play on others to get an advantage over them. The trouble is, belittling someone else, sometimes to the point of tears, is an emotional wound that can last a long time.

Physical Abuse is also common. Ever had your hair pulled, been tickled to the point of pain, or been pinched under the table repeatedly? These seem like fairly mild attempts to cause physical harm, but they can escalate into more violent behavior, like choking, biting, pinning down the smaller sibling. Sometimes kids play so rough they get riled up enough to reach for weapons.

Sexual Abuse is not the same as curiosity about the opposite sex. But sexual abuse is sadly quite common too. Studies show one-third of sex offenses against children are committed by other children—and 93 percent are brothers abusing younger sisters. Usually, the abuser threatens some kind of extra harm if the victim were to tell. Even if the victim musters the courage to tell a parent, the parent often responds with denial or hysteria, and the abused sibling gets another dose of abuse, this time emotional.

Sibling abuse usually takes place in dysfunctional families, where parents themselves are stressed with marital problems, financial troubles, or difficulty managing their emotions. They have enough of their own issues that not only are they unhealthy role models, but they are unable to help their children. The effects of child abuse by other children in the family unhinge the victim’s sense of safety since the family ought to be a safe haven. Both abused and abuser children suffer from low self-esteem, depression, anxiety, fear, shame, anger, guilt, and a host of problems that often trigger physical issues. Healing takes time and professional therapy.