Verbal abuse can be just as damaging—or more—than physical abuse. But let’s not have a contest. They’re both horrible. It’s just that verbal abuse is often brushed aside, as if it’s not really harmful. But sometimes the long-lasting effects of verbal abuse can be soul crushing. Sticks and stones can break your bones AND words can also hurt you. 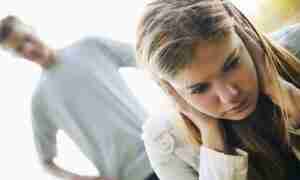 Sometimes your good instincts have been smothered by a childhood during which you’ve been made to feel inadequate, insecure or stupid. That makes you the perfect target for people who try to intimidate or demean you. Often they are very clever, making things seem like your fault. What are some of the manipulative tricks they use?

“I was just joking.”

This is a manipulator’s way of telling you that you are too dense to get his joke and that you should lighten up. But in fact, his joke was never remotely funny, because he was making some mean comment about you. When you called him on it, he turned the tables on you and made it your fault. When he gets caught being cruel, he tries to weasel out of it by saying he was joking.

This is what they say after they’ve delivered some unkind criticism of you, perhaps something really hurtful like pointing out that you’ve gained a few pounds when you’re already struggling with your weight. They KNOW you’re sensitive about your weight to begin with, and then they pile it on. Of course you’re sensitive about it, and the abuser is making it worse. But you’re not too sensitive. The abuser is just too mean.

This line is usually delivered with a condescending smile. Poor little you just don’t understand what’s going on here. The abuser is so right and you’re so wrong you don’t even get it. Worse, this is dismissive, as if you aren’t even worthy of an explanation, let alone an apology. You’re just going to have to take whatever he dishes out because, you know, you’re the one who’s out of line. This is known as gaslighting—deliberately making you think you’re crazy. It’s an especially heinous form of manipulation.

There are even nonverbal things manipulators do to put you down, like rolling their eyes, laughing with contempt, turning on the TV while you’re talking. They are telling you they have the upper hand, and that you are a lesser being not worthy of their full attention. But the truth is, they are the one with the problem.

This kind of verbal and nonverbal abuse is damaging to you, and you must do all you can to understand when someone is manipulating you. Identifying these toxic behaviors is a first step.