When You Live with Peter Pan

The Peter Pan Syndrome: Men who never grow up. You know the type. They get their own way, and if they don’t they sulk. Or even worse, throw a tantrum like a three-year-old. They manage to avoid responsibility and are usually charming about it. 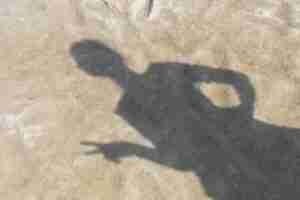 That’s the problem. The adorable boyishness. The entrancing free spirit. These Peter Pan men are so endearing until you live with them. And then suddenly you’re the one doing the heavy lifting in the relationship. Because he won’t take responsibility for anything unless he already wanted to in the first place.

How come he never grew up?

Usually it’s a combination of factors that retards maturity in a man. Maybe he had hovering parents who did everything for him. They didn’t want him to make a mistake so they didn’t allow him to develop on his own. Maybe mom needed someone to dote on to fill her own needs and so never let him have a tough day in his life. And then there’s the long delay in being independent as he went through college, and then grad school and even further. Plus the bad economy that made him, like many adult children, rely even longer on his parents.

How do you know he’s emotionally stunted?

Just because a man is sometimes thoughtless doesn’t mean he’s immature. We’re all thoughtless on occasion. But when he puts his own needs before all others, it’s a sign. When he deliberately chooses to ignore paying the bills or other abdications of his responsibilities, that’s another sign. When he feeds his own ego with a fast car or high living that he can’t afford, it’s another. So is inappropriate behavior like sulking or tantrums. Blaming others for his woes. Refusing to accept reality. And he’s oh, so sensitive when you have hurt him but he’s a bull in a china shop with others.

How do you cope?

When you see a tantrum coming do you step in and try to distract him? Calm him down? Try to soothe him? Do you tiptoe around his feelings for fear he’ll explode like a toddler when he doesn’t get his way? Do you dread the times when you’re busy at work so you don’t have enough time and energy to give him all the attention he needs? Have you given up asking him to help with chores—or anything—that he doesn’t want to do? Do you routinely have to coax him out of a bad mood or a big sulk?

Can you make it better?

The trouble is, unless he wants to change, you can’t change him. But you can change the way you react to him. You can refuse to be his parent. You can refuse to enable his bad behavior. Once you realize you are living with Peter Pan, you must ask yourself if you want to continue living like this. If not, you need to try and disengage.

Step back and let him have his tantrums without intervening. Stop trying to manage his feelings. Stop paying the bills for him. Or making excuses for him. Have a frank talk with him and let him know you are no longer going to be the sole responsible party in your relationship. Let him experience the consequences of his behavior. This is the hardest thing to do, but don’t cave in. Or else your Peter Pan will surely continue to be a lost boy.