How Do You Know When Your Loved One Needs Therapy?

You know something isn’t right. Your loved one is struggling to function with basic daily activities. His behavior is a bit off. Or he can’t get out of bed he’s so depressed. Mental illness not only affects the individual, but family and friends around him. And research shows it disrupts people’s lives even more than physical illnesses.

Many times people expect to pull themselves up by their bootstraps. Or snap out of it. Or just get up and get going. Self-reliance is so valued in our society that seeking counseling is often not seen as an option. Especially if people perceive therapy as a stigma—something only for the weak. 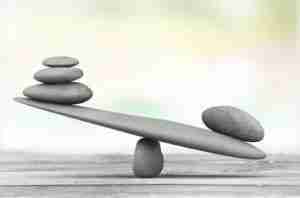 Here are some warning signs that indicate you should intervene:

You are frightened by his behavior.He has put his fist through the wall. Or he flies off the handle at the slightest thing. Or his anger seems way over the top and it’s getting out of hand. His aggressive behavior is scary.

You are concerned about his lack of self-care.He is living in a garbage heap, with dishes piled in the sink for weeks. There is barely a pathway through the piles of junk to get in the front door. He’s ignored basic hygiene, and you’re worried it will affect his physical health. His refrigerator is full of expired and moldy foods or it’s consistently empty. Either way, he’s not eating properly.

You see his daily life has deteriorated.He’s having trouble keeping grades up in school. Or he’s been warned that his performance at work is suffering. Or he’s lost his appetite and isn’t eating well. His normal rhythms are out of whack, like he isn’t sleeping much at all—or he’s sleeping way more than usual.

You observe that his emotions have taken over.He’s feeling so intense about an issue that he can’t focus on anything else. He worries himself into an emotional mass of nerves that make it hard for him to function. His anxiety is so profound that he won’t leave the house, for example.

You notice his thinking is askew.He’s disoriented and doesn’t quite seem to be in touch with reality. He’s seeing things or hearing things that you don’t see or hear. Or most alarming, he hears voices in his head. Imaginary people are telling him what to do. The result is he takes disturbing actions that are seemingly out of his control.

You know he’s experienced trauma.Anyone who’s gone through a horrible life experience—surviving a mass shooting, witnessing the death of a child, enduring any deeply distressing physical or mental shock—needs help.

Next week we’ll talk about how to broach the subject with a loved one who needs therapy but isn’t apt to seek it without your encouragement.