Do You Have a Holiday Escape Plan?

If only Uncle Harry would not drink too much Scotch. If only Sister Sarah would discipline her children. If only Cousin Dave would lay off the political soapbox. If only people would behave as you would like them to…

If you are about to attend a holiday gathering of family and friends, and you are hoping against hope that it will be magically different this year, stop a moment to think. Is it realistic to wish for the impossible? Isn’t it time you had a plan of escape? Not only an emotional escape, but a physical one, too. 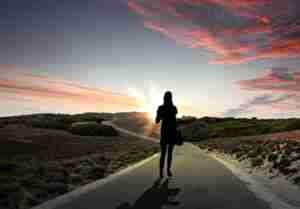 Collage With A Human Figure Walking Away Along The Coubtry Road

Have a literal escape plan

That means, if you want to be among people who you know have the potential to upset you, resolve not to get trapped. Ante up the extra cash it takes to get a hotel room to which you can always go for some quiet alone time. Have an escape line ready, like, “I’m feeling a little tired, so I think I go to my hotel room for a rest.” It’s true, you are tired of being in a stressful situation.

And if you fly instead of drive to your destination, get a rental car so you will be completely independent. That means you’ll never have to worry about Uncle Harry driving you somewhere while he’s under the influence. Or you’ll never be captive in a car while Cousin Dave prattles on or Sister Sarah’s kids pull your hair. You can play meditative music in your rental car as you blissfully arrive and depart on your schedule, not someone else’s.

There’s always someone, often a sibling, who knows just how to push the right buttons to make you crazy. That’s the trouble with family—they know you well enough to know your trigger points. When this happens, pause long enough to say to yourself, “I will not engage. I will not play this game. I will not allow this person to put me in an explosive frame of mind.”

Instead, resolve to take control of the situation. Your family may know what sets you off, but you also know them well enough to anticipate what they’ll say. So instead of being reactive, have a few well thought-out responses ready, ones that don’t send your blood pressure to the boiling point. Move the conversation to a topic that’s less toxic, one that you can control. And if worse comes to worse and you feel anger welling up inside you, remove yourself from the situation. Simply leave the room before you let someone else pull you into a conflict you’d rather avoid.

Remember, your family and friends are unlikely to change.

If they find pleasure in goading you, that’s their problem, not yours. It’s not your issue. You are the only one whose actions you can change. So instead of thinking how you can get others to behave in ways you would like, change yourself. Have a plan. Know when to disengage. And physically excuse yourself from potentially incendiary situations. Before the explosion takes place.

Finally, consider that the situation may be so stressful that you might want to avoid it altogether. Weigh the pros and cons. If you love them, and they’re worth it, by all means, arm yourself with an exit strategy and a handful of ready responses. But if you suffer from verbal abuse and manipulation that creates too much stress, remember, regardless of tradition, you do not have to go. You do not have to put yourself in a situation that can be harmful to your mental and physical health. You can take a year off—or two, or three—and see how you feel after that.

Nancy Travers is an Orange County Counseling professional. If you need safe, effective counseling services, please get in touch. You can reach her here: nancyscounselingcorner.com/contact-us.