Get in Touch with Your Man’s Feelings

You want to understand how the man in your life is feeling—but, oh wait! Men don’t have feelings. Or do they? Just because they don’t show their feelings, doesn’t mean they’re not there. But many men have been taught to suck it up, muscle through, never cry. So they learn, sometimes too well, not to express their feelings. In fact, they may even repress their feelings to the point that they might believe the myth themselves. 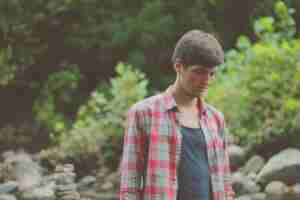 Since men are taught not to show feelings, especially those feelings associated with women, they have to find something to do with their emotions. They have to find a way to channel those feelings into something more socially acceptable. And in our society, feeling hurt, vulnerable, betrayed and sad are things women typically feel. And women aren’t afraid to share.

But when was the last time you heard a man say, “You hurt me,” or “I’m feeling vulnerable.” Instead of expressing their true emotions, many men convert them to something they consider more manly, like anger or rage or pride. And since these aren’t really representative of how they feel, men can leave others scratching their heads, wondering why the guy’s so mad.

Finding Affection at the Baseball Field

Since affection may seem like another feminine emotion, how can men express it? Some find the baseball field or the hockey rink or the basketball court a safe outlet for their ebullience. I have a friend who calls his grown sons while watching football on television. It’s his touchstone to his children and a way for him to show affection while remaining within the parameters of an “acceptable” expression of love.

Go to any sports event and you’ll see a virtual outpouring of affection—sometimes intense—when the home team is doing well. Hugs and chest bumps. The players themselves give each other a pat on the butt. Sometimes even with a little tenderness. The sports arena is where they can express their love openly. So the feelings do exist. They’ve just been designated to certain times and places.

Being Wary of Emotional Expression

Many women encourage their men to talk openly about their feelings, which can lead to a more intimate relationship. And that is a wonderful thing. The trouble is, if a man is too effusive, it can be off-putting. Men who have spent their lives keeping their emotions under wraps might finally discover that when feelings do emerge—sometimes at the most inappropriate times—they explode.

And men have learned that those men who deviate from society’s dictates can be judged as unstable. So who can blame them for keeping their emotions to themselves? After spending a lifetime of control, they cannot suddenly be expected to share their most intimate thoughts. So have patience if you’re trying to understand how your man feels.