Find Opportunity in the Aftermath of Your Fight

Let’s face it. If you’re in a relationship, you’re going to have fights or at least disagreements. That’s because no two people feel identical about every single thing. So you’ll argue or have heated discussions. It happens to the best of us.

Your partner forgot to take out the garbage yet again. You were late to work doing what you had both agreed was his job. The incident escalated and you both said things that were hurtful and regrettable. The subject of the fight actually doesn’t much matter, and is often about something quite forgettable. It’s how you fight, and sometimes, even more importantly, how you make-up, that counts.

It’s important to know that, even if you’ve said something hurtful that you regret, you and your partner can learn from it. You need to understand how to process what took place during the fight. Sometimes that understanding can lead to an even stronger bond. 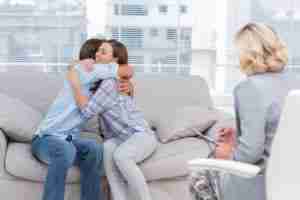 Are you ready to begin the healing process?

The fight is over. You’re both in your respective corners, licking your wounds. Are you feeling calm? Can you talk about the essence of the fight without starting to fight all over again? Is your mind open enough to consider how your partner feels about the incident? Can you honestly say you can be objective? Are you in a safe space that’s good for both of you? Are you free from distractions, with the time and privacy you need to address the situation?

Then maybe you’re ready to use the aftermath of your fight to create a closer bond with your partner.

Your partner should then summarize what he heard, not what he thought you meant. You should both be on the same page before he tells his side of the story. You need to validate that you understand—although you may not necessarily agree—with the other person’s experience. The goal is to understand how each other feels.