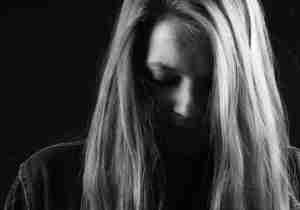 When you’ve been betrayed, it may take a long time to recover.

Especially if you’ve been betrayed by someone close to you, like your partner. Because not only can you not trust him anymore, but you don’t feel you can trust yourself. Your own feelings are in question. Your entire being has been thrown off kilter. You wonder if your judgment is sound on any issue.

There are all kinds of deceits people perpetrate, some more extreme than others. I have a friend who married a man who was bipolar. Did he ever tell her? Did his family ever tell her? No. Meanwhile, he was on a high and off his meds. She found him charming and creative in his euphoric state. That is, until they went on their honeymoon and he crashed. Then he became paranoid and dysfunctional—an entirely different person from the man she fell in love with. And she had no idea how to help him. Because he and his family STILL didn’t tell her what was wrong.

Or how about the gay guy who married a straight woman, all the while maintaining a clandestine relationship with another man? This used to happen with greater frequency in the bad old days when gay men (and women) were not able to speak the truth about themselves. And while that is hard on them for sure, it is also hard on the straight spouse. Who feels lied to and betrayed. Who is stuck in a crisis of emotional upheaval.

In these cases the sympathy lies—as it should—with the man who suffers from bipolar disease and feels he has to cover it up. Or with the gay man who feels he must hide his true identity. But the person who’s been misled also deserves some sympathy. And some time to recover.

That person asks herself, “How could I not have seen this? How could I have been so stupid?” And others blame her too, asking the same questions. That is, if she ever tells anyone else because she feels shame for being lied to. Which is why she’s so reluctant to confront her partner.

When she finally does call her partner on his deception, he replies, “What is this? The Spanish Inquisition?” and “You don’t trust me?” And she is instantly shamed, thinking, “How could I not trust him? Our relationship is built on trust. We HAVE to trust each other.” So she goes on, even though her instinct tells her something’s wrong.

When the truth finally comes out, she should not feel stupid. It’s not her fault. She does not live her life being on hyper-vigilant lookout for people who might mislead her. That’s because her experience tells her that most people are not deceptive. And on those occasions when she is misled, she is paying the price for spending most of her life trusting people. Which is worth the cost. Because the alternative is spending her life being unhappy and suspicious.