Don’t Be So Defensive!

Everybody’s defensive at times, but when you feel this behavior creeping into your relationship more and more often, you may be headed for trouble. It’s one of the killers of marriage—along with contempt and criticism and stonewalling. 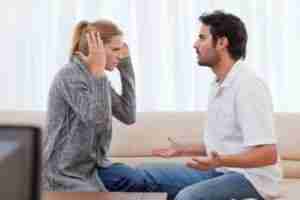 Defensiveness is toxic because the person being criticized is not taking responsibility for his part in the problem. He pushes back with righteous indignation or by playing the victim. The result is he rejects being part of the problem and blames his partner instead. Here’s an example:

She: “You were late picking up the kids again. I feel like I can’t count on you.”

He: “I was busy making money to put a roof over our heads. I can’t do everything around here.”

She was making a complaint, and he counterattacked with an excuse to get his partner to back off. So what’s wrong with this exchange?

The defensive partner is not addressing the problem or taking responsibility for the fact that he was, in fact, late to pick up the kids. Instead, he’s blowing off his spouse and skirting the issue. The problem remains unsolved and it’s sure to be an issue that will come up again—maybe even as a source of perpetual conflict. That can wear a relationship down and lead to real trouble.

Perhaps both partners are at fault in our example, but they’ll never find out if they continue in a defensive pattern. She feels like she can’t rely on her partner and she needs to be able to trust in him. When he says he’ll pick up the children, she needs to know he’ll do it and be on time.

He is feeling guilty for being late again. He is also feeling attacked and a little overwhelmed. Sometimes he feels the workload in their marriage is lopsided and he can’t do it all. But when he is defensive, these important issues don’t come to light.

Possibly the worst thing about defensiveness is it pits one partner against another. When he lashed out against his partner, that undermined them as a couple. They were not operating as a team. A married couple who behaves like a team listen to one another. They try to understand the meaning behind their words and non-verbal cues. They try to work together to find out what’s troubling their marriage and they try to work together to fix it. When you work as a team you feel more stable and you begin to build a more intimate, stronger relationship.