Co-dependency Do You Need to Be Needed? 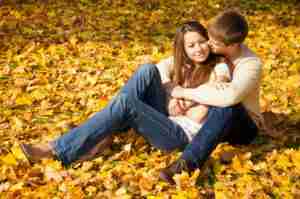 Did you grow up in a home in which your needs were sublimated to your parents’? Were children supposed to be seen but not heard? Were you accused of being selfish when you demanded attention? And when you asserted yourself, did you get the silent treatment or some other kind of punishment? Did you learn that you simply did not count and were not valued?

Maybe you grew up in a dysfunctional home in a codependent relationship. In the bestselling book, The Glass Castle, Jeannette Walls tells of her hardscrabble childhood. Her father was an alcoholic, her mother abdicated her role as caregiver, and the children had to fend for themselves. Walls’ parents made their children serve them, not the other way around. Perhaps your situation is not so deeply dysfunctional, but it doesn’t have to be to grow up codependent.

What does it mean to be codependent?

Basically, you are codependent when you are in a relationship in which someone who is pathological, possibly with an addiction, controls you. The dysfunctional relationship puts you in a position to help or enable someone else to be immature, irresponsible or incompetent in some way.

Children who grew up with a tenuous bond with their parents, as Walls did, were in a constant state of anxiety. They had to forget their own needs, let alone what they wanted. They even had to forget who they were at their core in order to survive. You don’t have to be a child of an alcoholic to feel that you’re not good enough, and that your own feelings are unworthy. Children with parents suffering from narcissism, borderline personality disorders and other problems can feel equally insecure.

What happens when codependent children grow up?

As children, they learned to sublimate their needs, and most continue in that pattern. Their self-esteem has been eroded, so they need the approval of others, just as in their childhood. They pay more attention to others’ feelings and needs than their own and cater to others so they won’t be abandoned or rejected, as they fear they would have been as children. They have no ability to assert their own needs in a relationship, and often end up with a partner who continues the pattern of co-dependency.

Yet, having learned in childhood how to manage others, they can appear completely confident and competent. Because they are the person others depend on, they appear mentally and emotionally strong. They understand from experience that they shouldn’t depend on anyone else. They are the problem-solver, the caretaker, the decision-maker and the rescuer. They are driven by the need to be loved and accepted, as they never were by their parents or original caretakers.

Codependents need to be needed.

So they seek out someone who they can ‘help,’ and therefore feel good about themselves. But what often happens as the relationship evolves, is they support the other person’s negative behavior, whether it be incompetency, immaturity, irresponsibility or poor mental and physical health. If they end up with an alcoholic, for example, they enable the behavior by covering for their partner. They continue to rescue their partner—all the while feeling very needed—from problems. In actuality, they are accommodating unhealthy behavior. Unfortunately, the result is they prolong that behavior the longer they enable it.

More about codependency next time.