Are You the Child of a Narcissist?

It’s entirely possible to grow to be an adult without realizing your parent was or is a narcissist. You know something’s vaguely wrong—you never feel really good about yourself—but you don’t know why. Furthermore, there are confusing signals that your parent is a narcissist.

One type of narcissist is the overwhelming parent who involves himself obsessively with your life. He controls your every move, insists you do what he wishes he, himself, had done. Because he lives vicariously through you. In fact, the lines between you and him are blurred because he doesn’t respect your privacy. And every achievement you make is because of him. 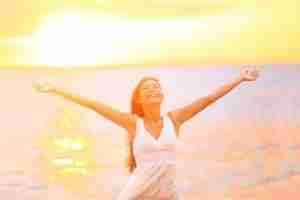 On the other hand, there is the narcissist parent who ignores her child. This parent doesn’t really care about her children because the only important person is herself. The parent is very busy with her own life and achieving her own goals. She is entirely self-absorbed, and has very little interest in her children and their lives.
Both types of narcissists—who seem totally different—are equally difficult to have as parents. Here are some other signs to help you determine if your parent is a narcissist:
You or your sibling has a codependent relationship. Your mother enables your brother’s irresponsible behavior. She makes excuses for his immaturity and she seems to foster his underachievement. She is manipulating your brother to be dependent on her so she can feel like he can’t exist without her—making her important and indispensible. It also makes it impossible for your brother to live an autonomous life.

You or your sibling is a golden child. Often the child who is codependent is also the favorite who can do no wrong. The perfect child doesn’t need to be responsible because your mother has exonerated him from any duty except being her constant source of validation that she is important. And when he does shine, it’s because he takes after your mother. She owns his accomplishments. Meanwhile, you may be the scapegoat, because she can’t blame anything on your golden-child brother.

Your narcissist parent can do no wrong. After all, he’s superior. No matter how egregious his misdeed, he feels infallible. If he’s treated you unfairly he’ll never admit it, let alone apologize. And woe unto you if you dare criticize him. Chances are you wouldn’t dream of criticizing your narcissist parent anyway because you know it wouldn’t go well. He might even project his bad behavior onto you instead. Because he’s never wrong.
Empathy is a foreign concept. Your narcissist parent just doesn’t care how you feel or what you think. She doesn’t care what anybody feels because only her feelings are important. You could never share your intimate thoughts because she’s not interested. She’ll steer the subject to herself, or worse, make fun of you. When your mother demeans or berates you, she doesn’t even entertain the idea that it might hurt your feelings. Only her feelings matter.

Next week we’ll talk about how you’re affected as the child of a narcissist.
Nancy Travers is an Orange County Counseling professional. If you need safe, effective counseling services, please get in touch. You can reach her here: https://nancyscounselingcorner.com/contact