Are You Emotionally Unavailable?

Being hooked on men who were unavailable allowed Susan to be in denial about her own emotional unavailability. Susan had a fear of being vulnerable in a relationship because she grew up in a household where her feelings were disregarded or worse, trampled. Her emotional needs were thwarted by a narcissistic mother who herself was unavailable to her daughter. So, Susan grew up to be risk-averse to falling in love. Because that would make her vulnerable to getting hurt.

When Susan finally began dating a great guy who wasn’t married, she continually and repeatedly was late whenever they went out. She made him wait more than just a few minutes—sometimes over an hour—until her chronic lateness drove him bonkers. He finally decided he couldn’t tolerate her inconsiderate behavior, broke up with her, and promptly married someone else.

Susan shouldn’t have been surprised. She, herself, she drove him away, if only unconsciously. He was beginning to seem like he might want a close, committed relationship, and that scared her. 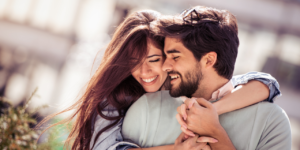 Here are some other signs you might be emotionally unavailable.

If you’re honest with yourself about your own emotional unavailability, you can work to understand the reasons why. It’s worth the work so you can ultimately enjoy a close and satisfying relationship. You deserve it.